Vapor Ninja From The SiteMasters May 21, 2015 No Comments

This is copied from The Vape Church, originally published here.

As previously discussed, I began to smoke many many years ago when I was still an “impressionable youth”. I say this as sarcastically as possible. Sure, I smoked to seem cooler to the neighbor kids, but I smoked because I wanted to. No one tied me to a chair and force fed me Winstons. My parents never made me “smoke the whole pack”. I hid it from them fairly well, and I’m sure that if I would have been caught, dad would’ve busted my ass and grounded me. I never once thought to myself “I’m sure that inhaling burning paper and plant material into my lungs won’t  have any long term effects.” I knew I was harming my lungs, but the nicotine felt so good and after the flavor shock (disgusting) wore off, I enjoyed smoking.

I wasn’t an adult. I shouldn’t have been able to, but I did. And in all honesty, I can’t blame anyone but myself. But that was 20 years ago. And the world has changed a lot since then.

Yes, the 90’s were a simpler time for sure. God, that statement makes me feel old.

But in the day and age we live now, the blame has shifted from one’s own responsibilities to the mentality that “it takes a village”. It doesn’t. We, the American people (and I’m sure the European and Canadian brethren feel the same way), do not need a body of people to tell us what’s good and bad, right and wrong, safe and dangerous. The human brain is capable of mapping the stars, circumnavigating the globe in a ship (or balloon) and popping every last kernel of popcorn without burning any of it. Science has taught us that the things that were believed in olden days are not true. You can’t ward off the black plague by keeping jars filled with farts in your house (Google it, it really was a public thought). Science has led us to the point in our life where if we don’t understand something, we can study it down to the ATOM. Let that sink in. 200 years ago, we all rode horses and donkeys. Now we can look at shit on a molecular level.

Forgive me, I’m rambling. I am wont to do that.

The groups, the media, the antz that fight against vaping are using the “Save the children” format for their hate-mongering. Because let’s face it, no one is going to be able to say “Fuck the children” this is my right, because that would go over like the proverbial turd in a punchbowl. So now, if we fight against the “Save the Children” campaigns, then we’re targeting kids. From their standpoint, it’s genius.

The most shocking thing to me, is the people who were so anti big tobacco years ago are now anti-vaping and ultimately standing on the same side as Big Tobacco. How’s that for a conundrum? You are now fighting WITH the same death merchants that you fought against for so long. If past you could see you now, they’d slap the piss outta you. You have become a mockery of your former self and you should be ashamed.

So, what about the kids?

Many “studies” have been released saying that in the last few months that say teen vaping is up to nearly 10%. Some put it over 12% and some even go as high as 15%. All while claiming that in the amount of teen smokers is down (9.2% reported in 2014 that they smoked cigarettes in the past 30 days—a decrease from 15.8% in 2011. – Via The CDC Youth Smoking Fact Sheet found here: http://www.cdc.gov/tobacco/data_statistics/fact_sheets/youth_data/tobacco_use/). And surely that’s too high, right? Teens are obviously getting access to electronic cigarettes and using them.

Here’s my list of problems with this shitty kind of survey/study.

First of all, kids lie. Those numbers aren’t true, I assure you. They’re higher or lower, depending on the category. Kids want to look cool to their peers, so even if they don’t use e-cigs on a regular basis, they may say they do. However, on the flip side, I’m sure there are kids that swear up and down they don’t vape, but actually do.

Secondly, the studies do not make reference to the kind of gear the kids are using. I’m sure, as we all know, there are gas stations that will sell beer and cigarettes to anyone that’s big enough to put money on the counter. I’d be willing to bet that a large majority of these teen users are using the cig-a-likes offered by Blu, NJoy and the likes. There’s a highly unlikely possibility that they’re going into any reputable established vape shop and buying things. They may however, be buying online as there’s no regulation aside from a “Check here if you’re 18″ and we know that prevents kids from clicking yes (see first point, i.e. kids LIE).

Lastly, is kids vaping that big of a deal? Sure, I 100% agree that vaping is an adult product to be used by adults. But what’s the alternative? Smoking? So, is it justifiable vilification of vaping if kids don’t smoke and therefore aren’t killing themselves? The true scientific studies done show that vaping is 99% safer than smoking. If 100 kids that would’ve smoked and died from lung or heart disease or cancer, instead use electronic cigarettes and live a happy, healthy life, where’s the justification that vaping is bad for teens? Where’s the proof that these kids wouldn’t have grown up smoking and killing themselves with it? There’s no study to disprove either side, but I’ll stay on the side of science. But this is also a country that has most states with a 21 and up to drink, but you can die for your country in service via the military or police/fire/ems at 18. Smart. Real smart.

But let’s look at another study. To do it, we’ll have to hop in the way-way back machine. Set course for 1998, Mr. Peabody. See, the JAMA Pediatrics division released a study in 2003 about NRT access by adolescents. That would be pre-vaping, people. We’re talking about the good ol’ nicotine gum (available in kid enticing fruit punch, strawberry, mint, etc) and the Patch.

You see those numbers? Teens who smoked on average 1 cigarette a day tried NRT a whopping 16.3%!  3.4% of all teens had tried NRT at least once. And 1% had never smoked. So how can these trends in smoking reduction stand true through abstinence programs when obviously kids have used alternative forms of Nicotine for longer than vaping has been around? Maybe the reduction in kids that smoke is due to the NRT products and electronic cigarettes (can’t be called NRT) on the market. Does this mean that people should sell to kids? No, but maybe it means that kids are smarter than big government gives them credit for and are trying to find a healthier way.

The fact that the war on vaping focuses on the “Save The Children” campaign while ignoring science is infuriating. It’s even more-so when there are countless bottles of liquor flavored from cotton candy, strawberry, chocolate, coconut, raspberry, whipped cream and hundreds more of flavors being sold right now. A substance that, while illegal to children, the NIAAA says is responsible for the following:

With a WHOPPING  35.1 percent of 15-year-olds reporting that they have had at least 1 drink in their lives and about 8.7 million people ages 12–20 (22.7 percent of this age group) reported drinking alcohol in the past month (23 percent of males and 22.5 percent of females).

Who’s the bad guy here? Why is your government trying to take away your rights and spending millions on fear spreading campaigns against vaping when they have done absolutely NOTHING to prevent the deaths related to alcohol? The answer is simple. Money. Big tobacco pays lobbyist to get their way with governments. They pervert the truth to suit their claims. If they can’t reference a study from 5 years ago (a common ploy) they pay grant money to universities to conduct research that the performing institutions do not understand with absolutely no parameters and a definite “lean” on the data.

So, what can you do?

The Vapor Ninja · Friday, January 7th, 2022 at 12:37pm
@TheVaporNinja
The data shows #vaping causes smoker to quit even when they weren't intending to. https://t.co/1XunZHHXHE
View on Twitter
1
1

The Vapor Ninja · Wednesday, December 15th, 2021 at 3:04pm
@TheVaporNinja
What TCR setting to use on the new @DivineTribeVape V5 and how to set it: https://t.co/2UJtkrUU8C
View on Twitter
1
1

In reply toVapingIT, SPE, EEI
@Vapingit Three years since that post and I'm still tobacco-free... #vapejuice should always be available in FLAVORS from my #vapeshop in my opinion. A flavor ban would END most people's ability to remain cig-free, believe it or not. Tobacco flavor is just awful, not acceptable.We quit it
View on Twitter
2
3 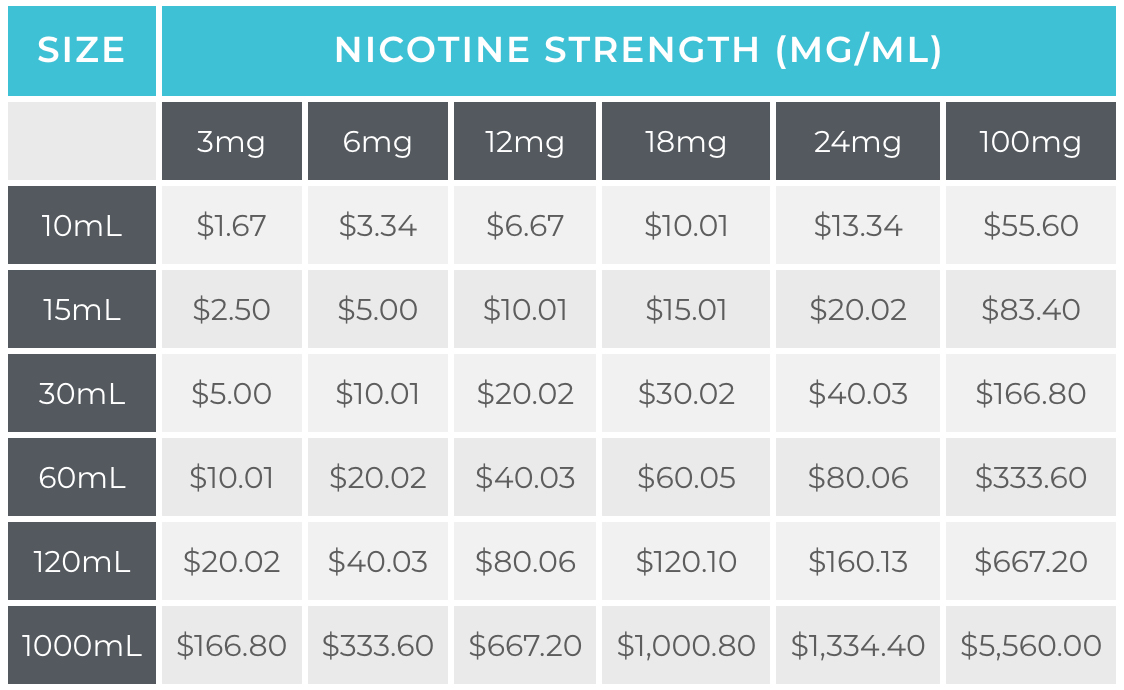