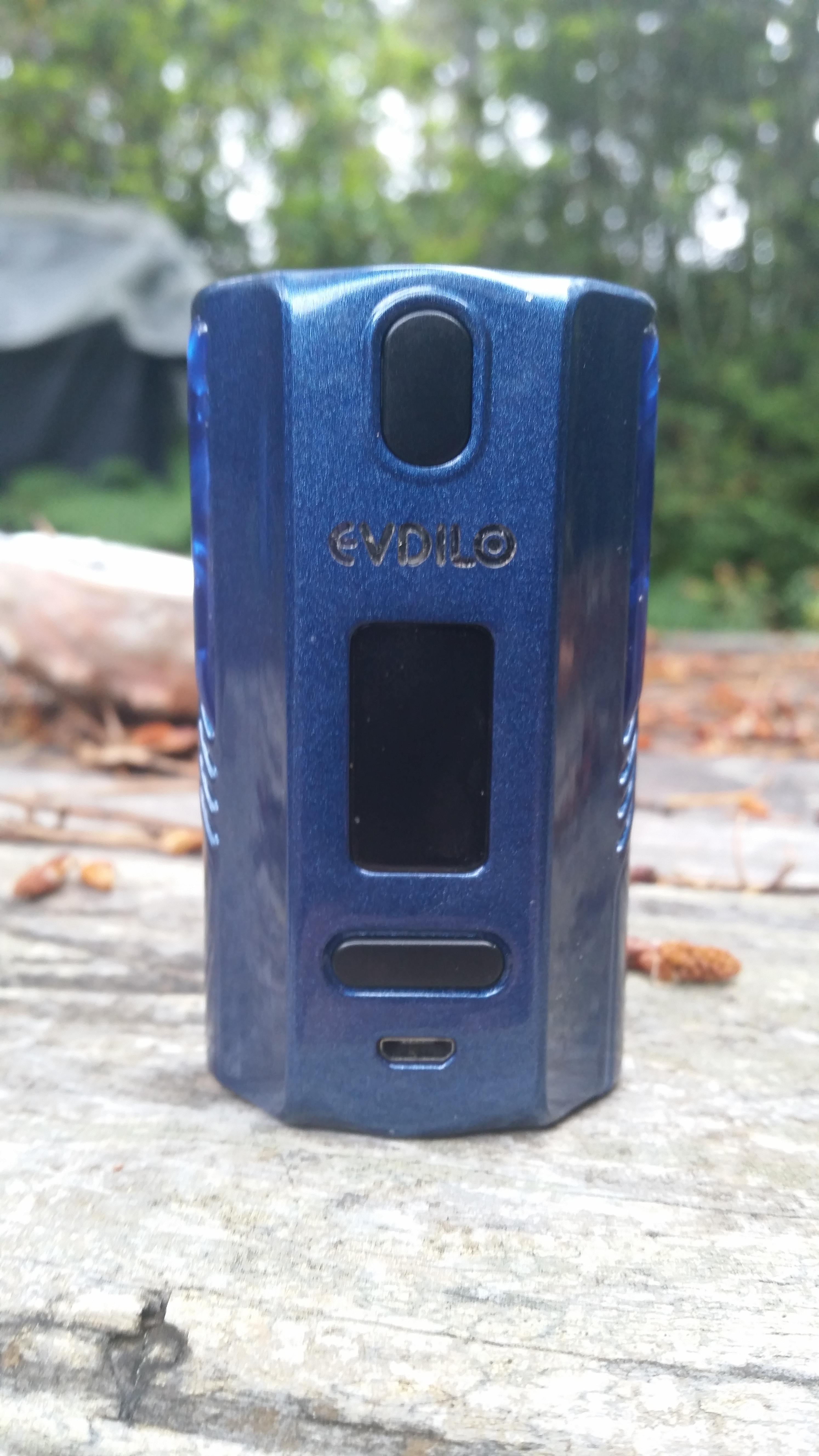 The Uwell Evdilo Mod, in blue.

Howdy, vapers, and all those curious !

I was looking for a mod that uses dual 21700 batteries, was inexpensive, and smaller than what I’d seen offered. 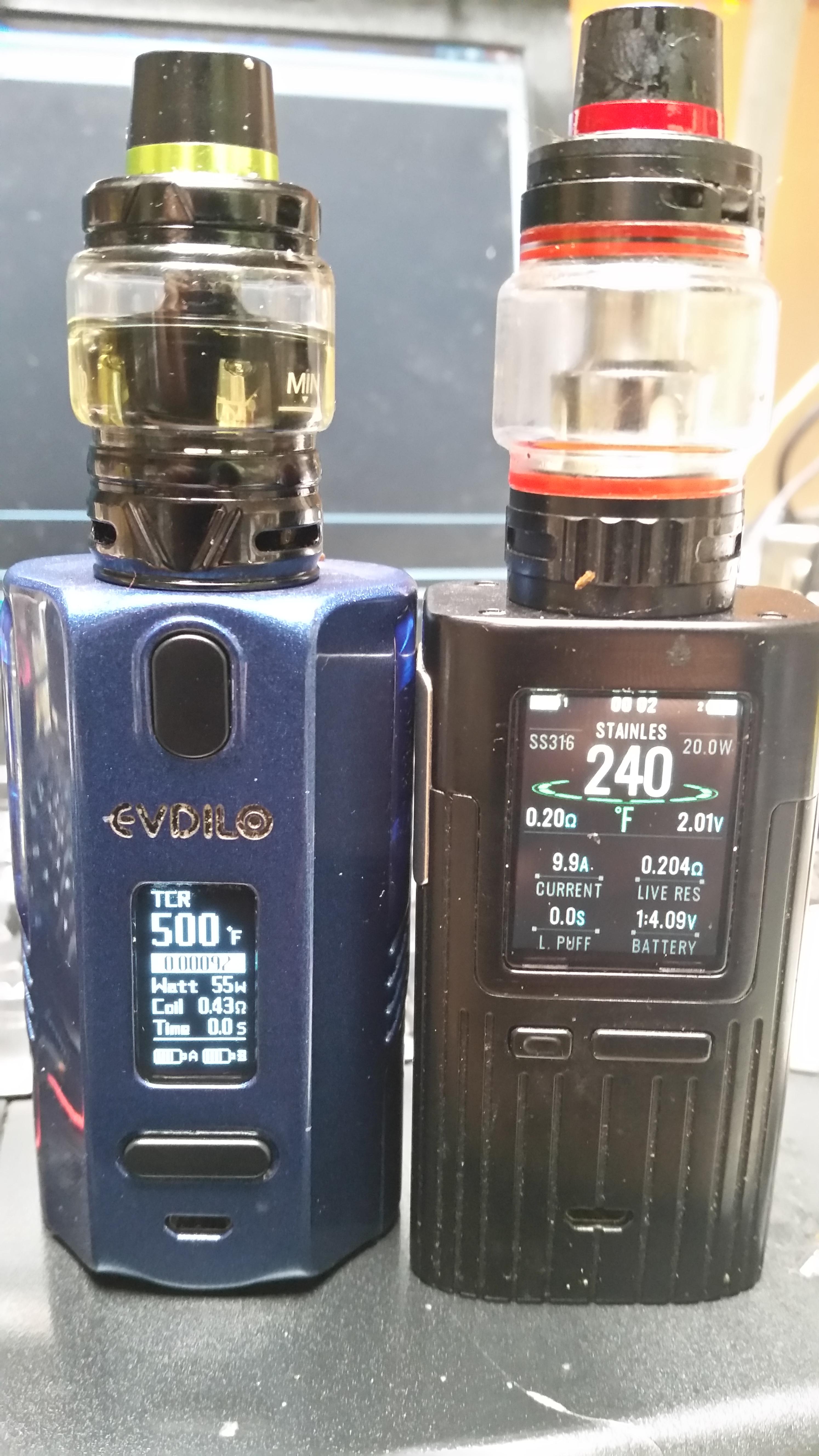 The Evdilo compared to the Espion 200w.

This mod fits GREAT in the hand, the fire button ends up in just the right place.

It’s a little heavy with two 21700 batteries in it, of course. Not bad though. Most of the weight is from the batteries, although the Evdilo’s  Zinc Alloy, Polycarbonate, and Stainless Steel body weighs a little bit as well. Net Weight is 166 grams without the batteries.

It can fit a 30mm atomizer due to the body shape and the centered 510 pin. Here’s a shot of that: 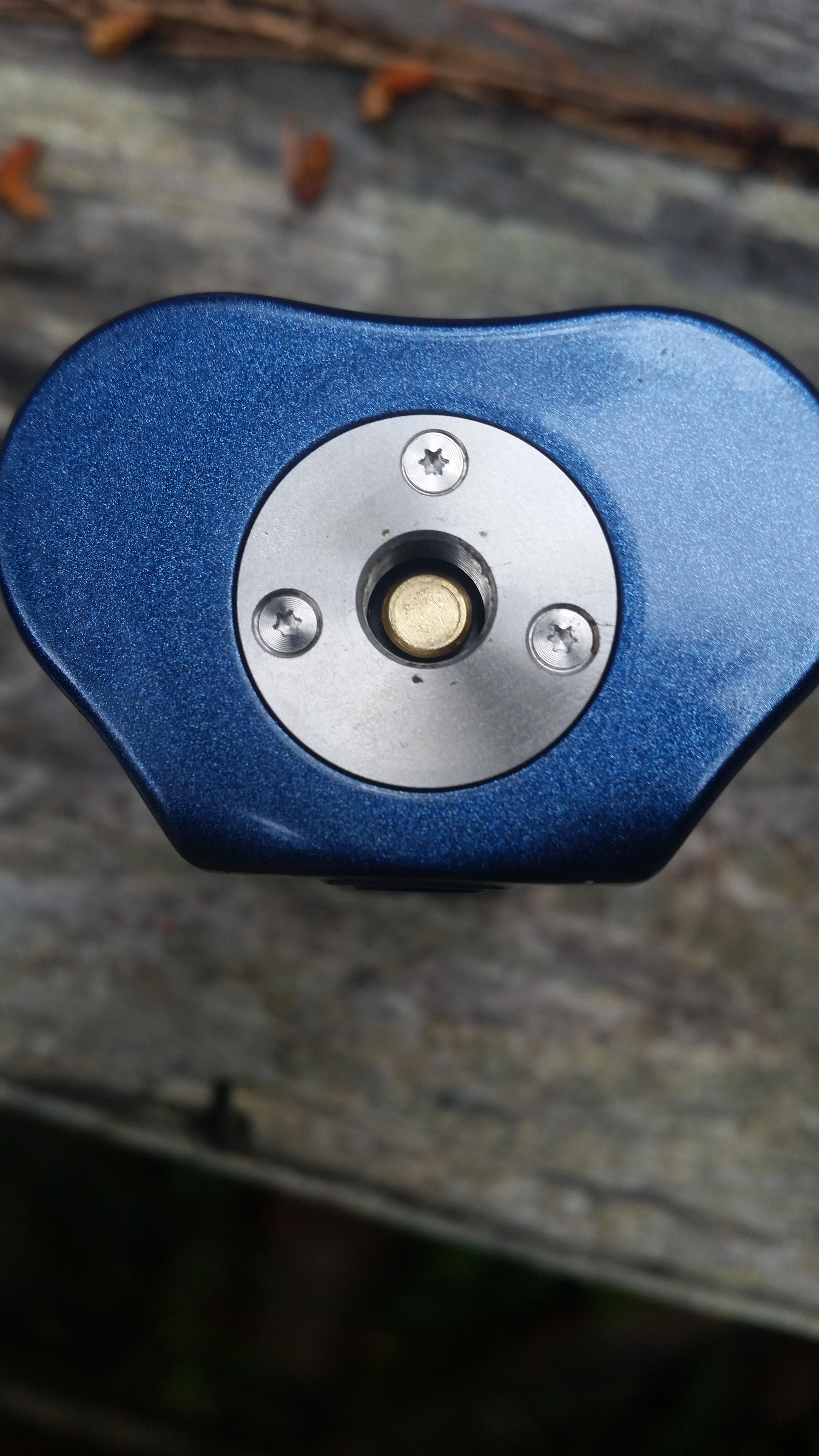 The Evdilo features a centered 510 pin.

Now, about the temperature control feature.

This mod actually does not have preset settings for Stainless, Nickel, Titanium, etc. 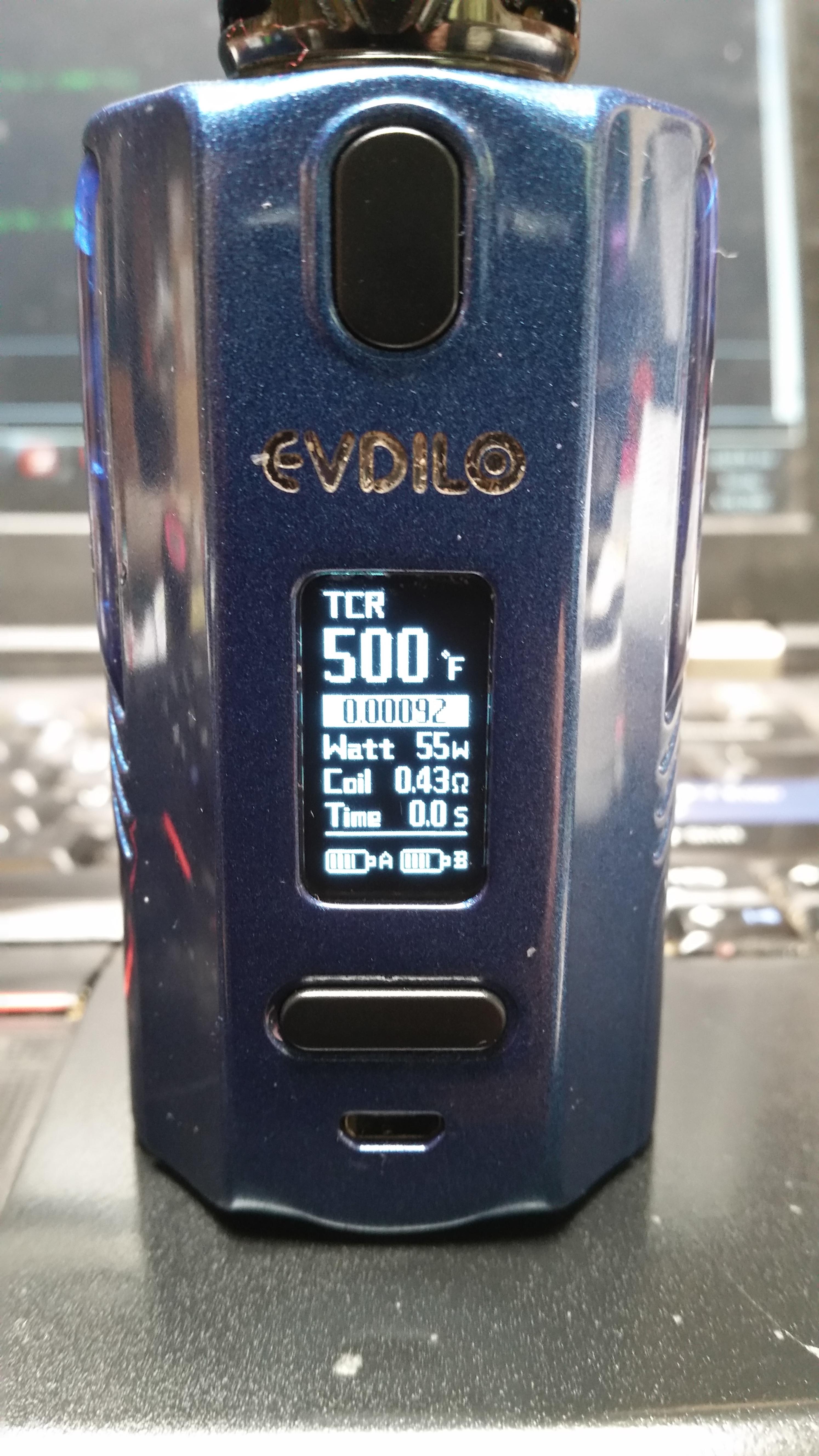 The TCR screen on the Evdilo.

So how small is it really ?

I’ll show you what it looks like in the hand : 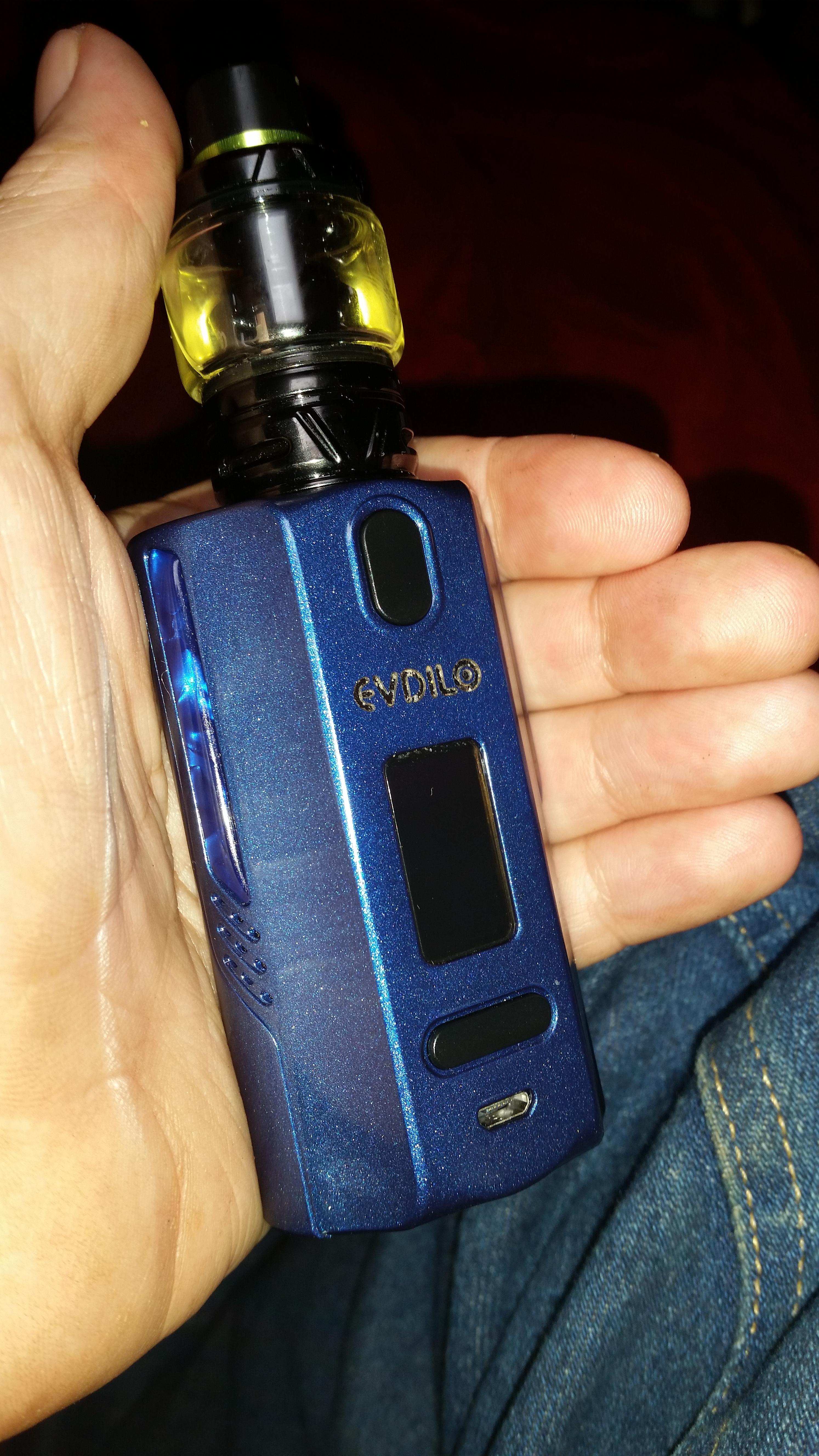 The Evdilo in the hand.

The battery life IS insane on this mod.

The con would be the firmware. I’m disappointed they didn’t put more into the chip, and maybe a color screen.

I need more options ! Glad it has TCR, but my concern is that people will be put off by the fact they have to manually dial in a number…. it’s not so hard…. it’s basically set it and forget it, if you’re using the same type of coils.

However, one thing I don’t like about it is that you cannot lock the coil resistance.

So, in conclusion, I’ll show the back cover of the mod.

It’s got a slide-track battery door that opens with a nice latch. I like the door. This type of door also allowed the mod to be so thin. 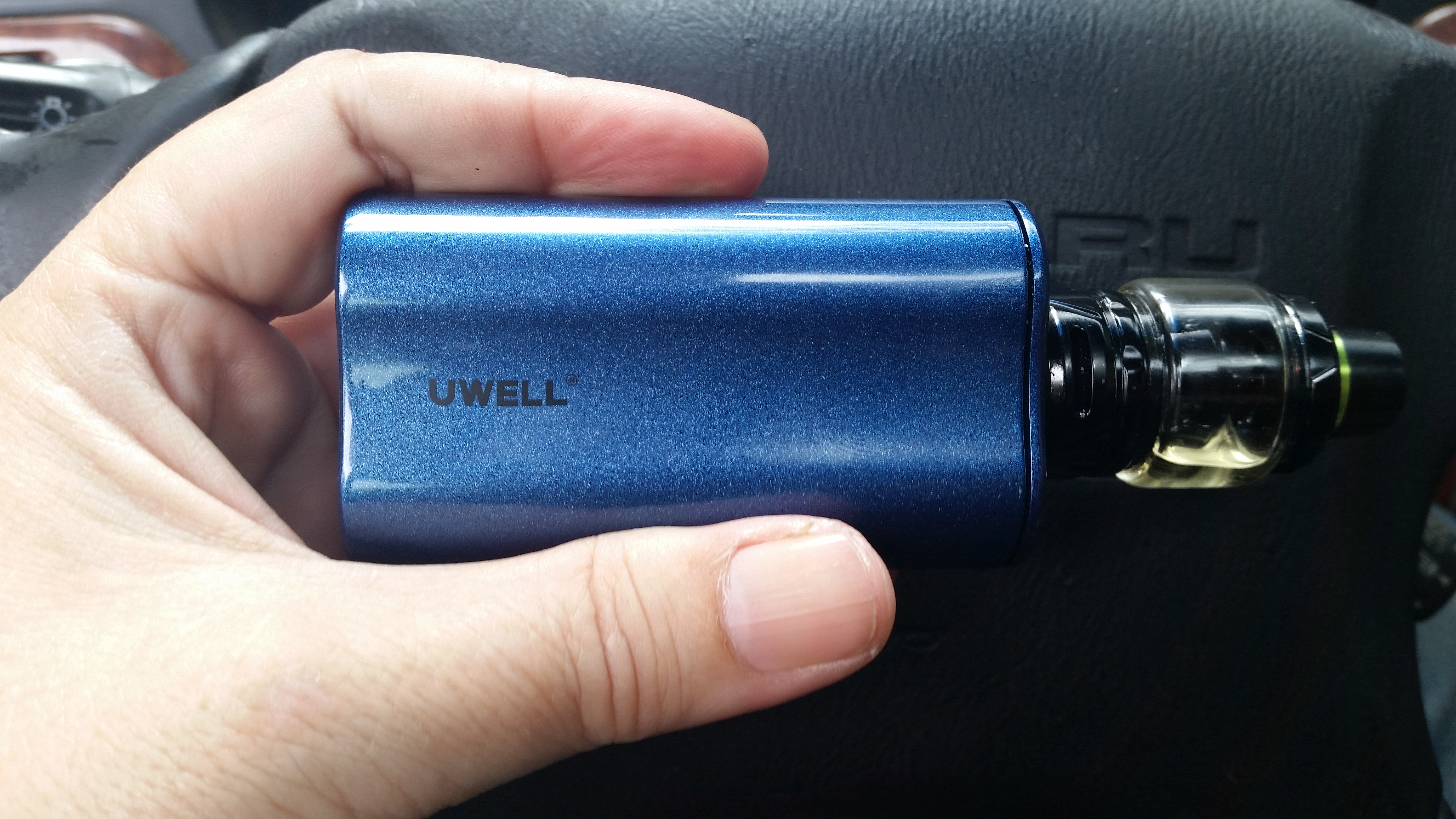 The back of the Evdilo mod, with a Crown 4 atomizer attached.

The Evdilo color selection. Click the image to get your Evdilo for a great price.