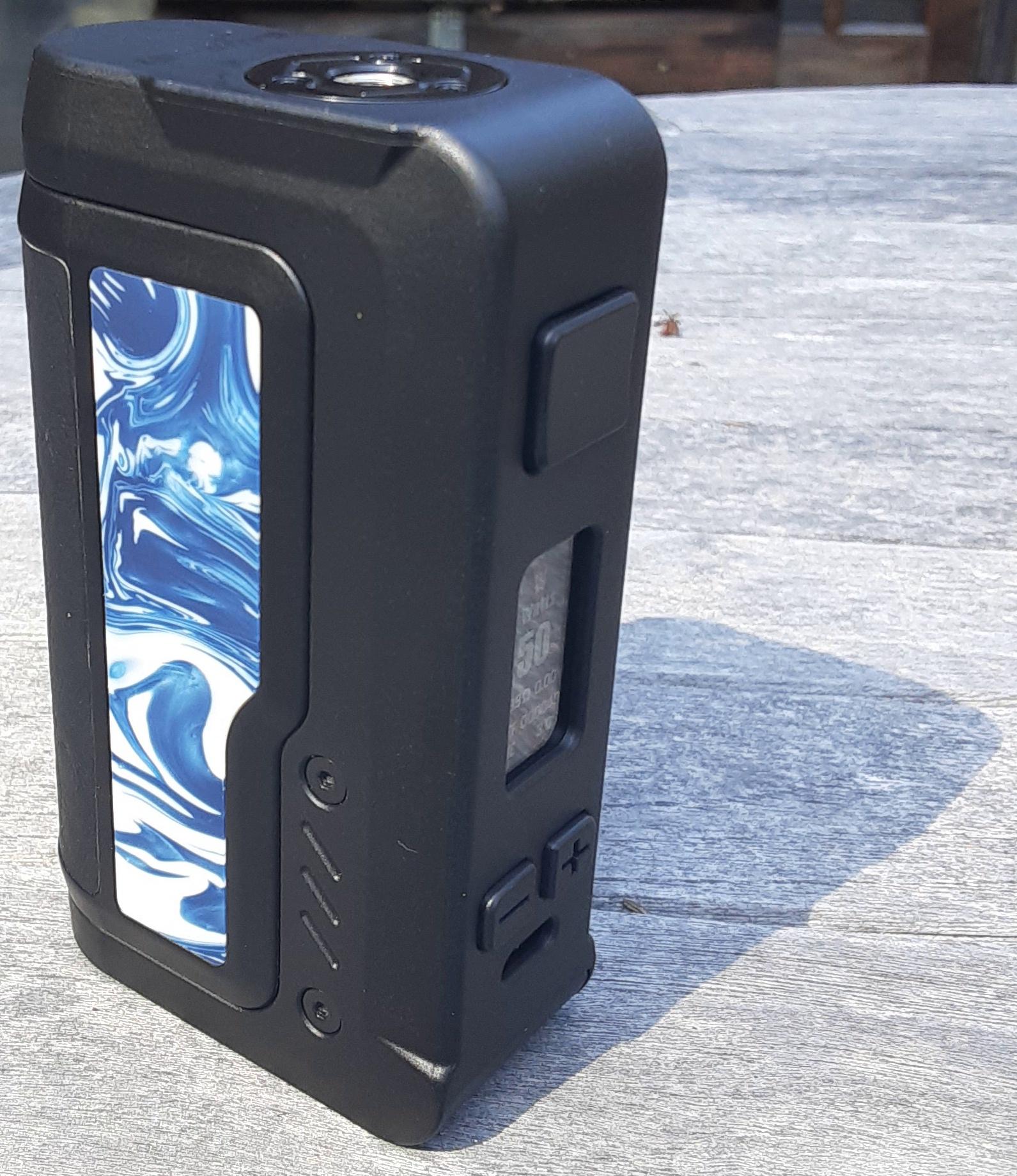 Well, a healthy competitor on the vape market, Vandy Vape, and famous YouTube reviewer, Matt from SMM, have came out with this dual 21700 battery C-frame modular device, or, mod.

Vandy Vape boasts this mod as being the lightest dual 21700 mod on the market, weighing in at just 128.17 grams.

This is due to the body of the mod mostly being made from high strength plastic.

The mod also claims to be waterproof. The entire body is not waterproof, for example, your batteries would get wet if you rain it under a faucet. However, the chip and controls of the mod are sealed, and indeed waterproof, to the point where they claim you can literally do as I just said. Run it under the tap, wihtout batteries, even with the door open, and its washable. 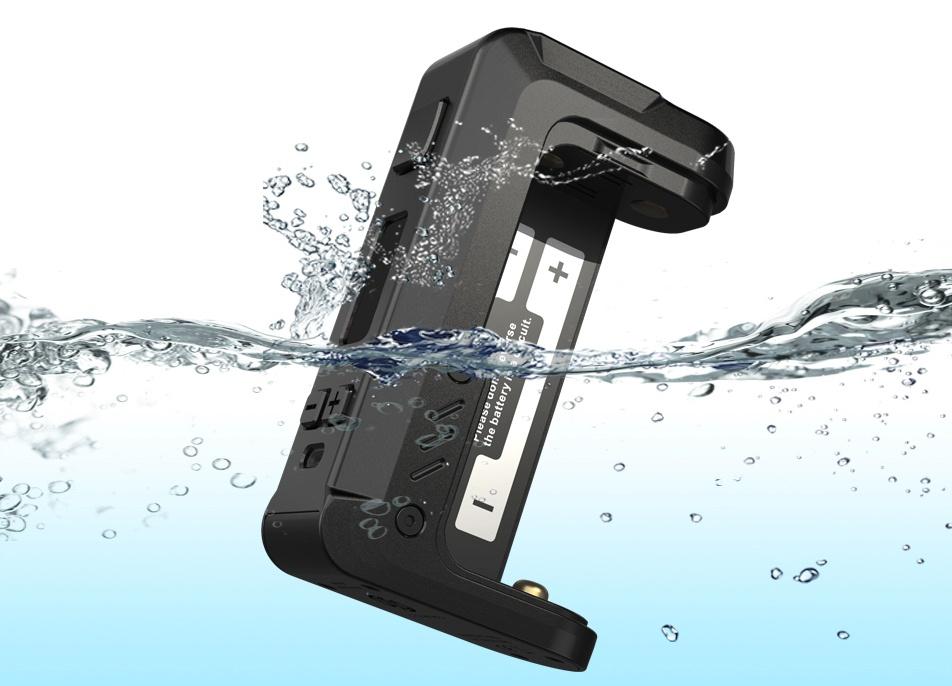 Of course, you’ll want to dry it out  a bit on the inside before placing your nice unbroken 21700 batteries back in.

You can also use 18650 batteiries with the included adapters, or 20700 batteries fit nicely as well, no rattle, no movement.

There’s no rattling or movement in the mod at all , actually. The battery door, held on with magnets, fits very sung and easy.

The mod is a “C-Frame” style, which means the battery door is in the shape of a C, and is a large part of the main body. 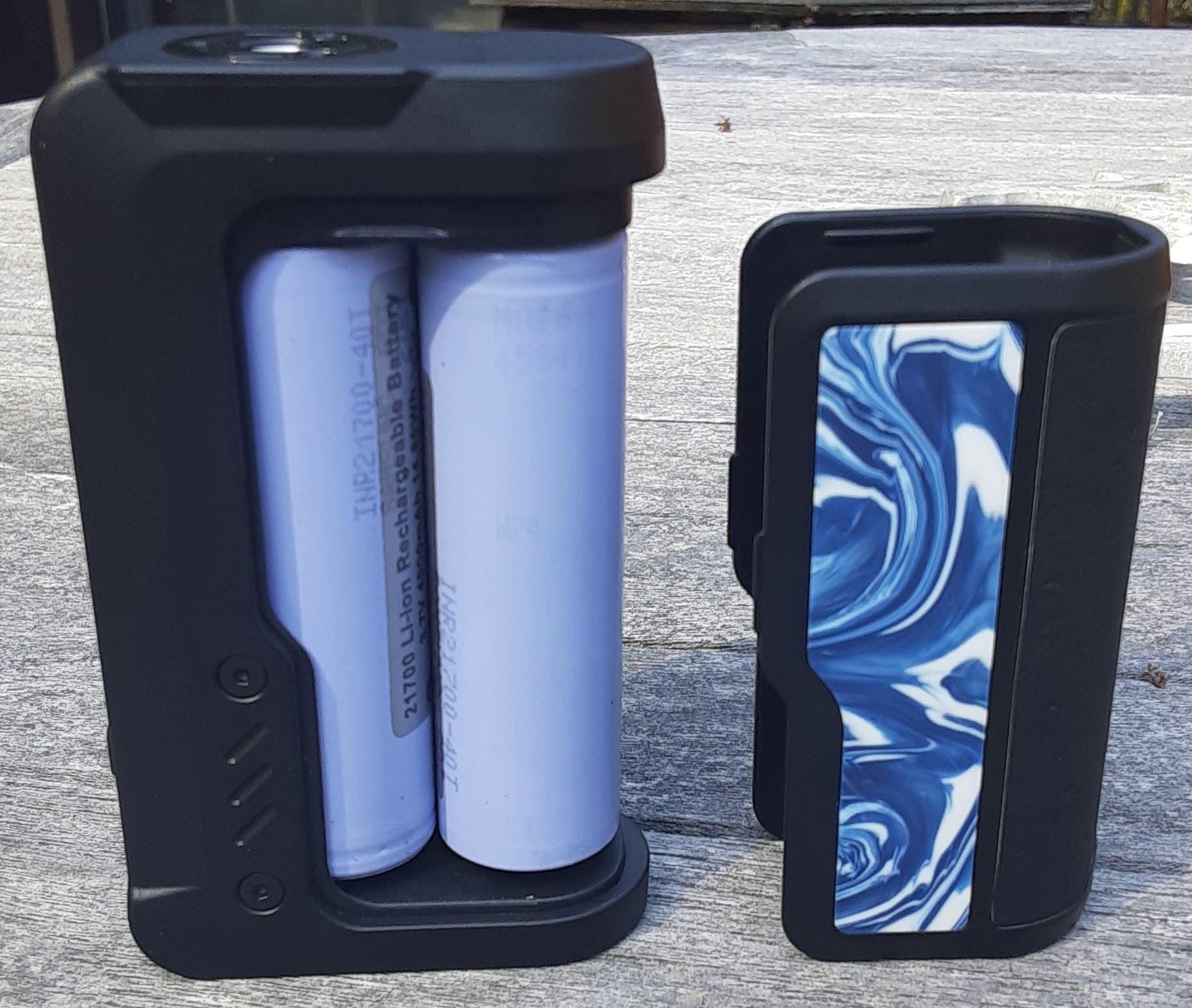 I found the temperature control (TC) to be less than spectacular, which, I honestly wasn’t expecting much TC performance comparing it to my DNA 250C mod, and my Wismec  mod with Arctic Fox third party firmware. It performs basically alright , however, I found that it needs a much higher wattage and temperature to perform similar to the DNA 250c and the Arctic Fox Wismec chips. 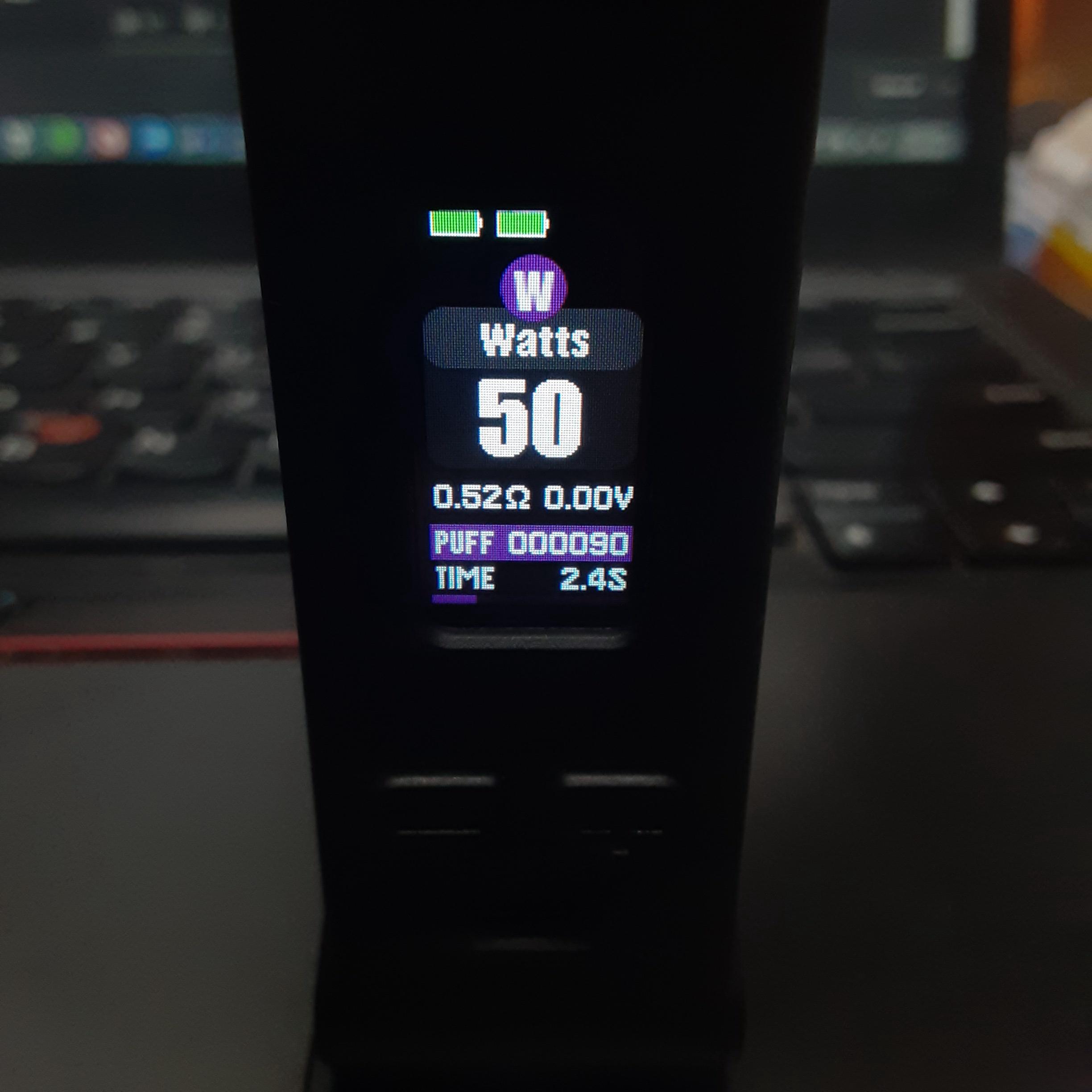 The GAUR-21 has a USB-C charge/firmware update port. You can also update the fimware with the Android and (sort of) 3rd-party app for iPhone, because, yes, Apple has banned ALL vaping apps for their line of phones. There have been reported problems with using the 3rd party app, but with patience, it’s possible.

Also with the app you get the locate feature, where the app can make your mod make a sound for those times when you can’t find your mod and really need a vape like now, heh. Works via bluetooth. The app works pretty well, very straight forward and easy to navigate.

The controls on the mod work just fine without the app, as well, teh app is not ‘necessary’, however…. when I got my mod, cliclking the fire button 3 times in order to select TC SS from Watts Mode, I found the mod would not change modes wiht the +/- buttons. The buttons worked for raising the wattage, but would not select the mode. Once I installed the app on my Android phone, and connected the mod to the phone via bluetooth, suddenly the +/- buttons were able to adjust the modes. It’s operated without the app running just fine since.

I got mine in Sky Blue, there are 8 colors to choose from: 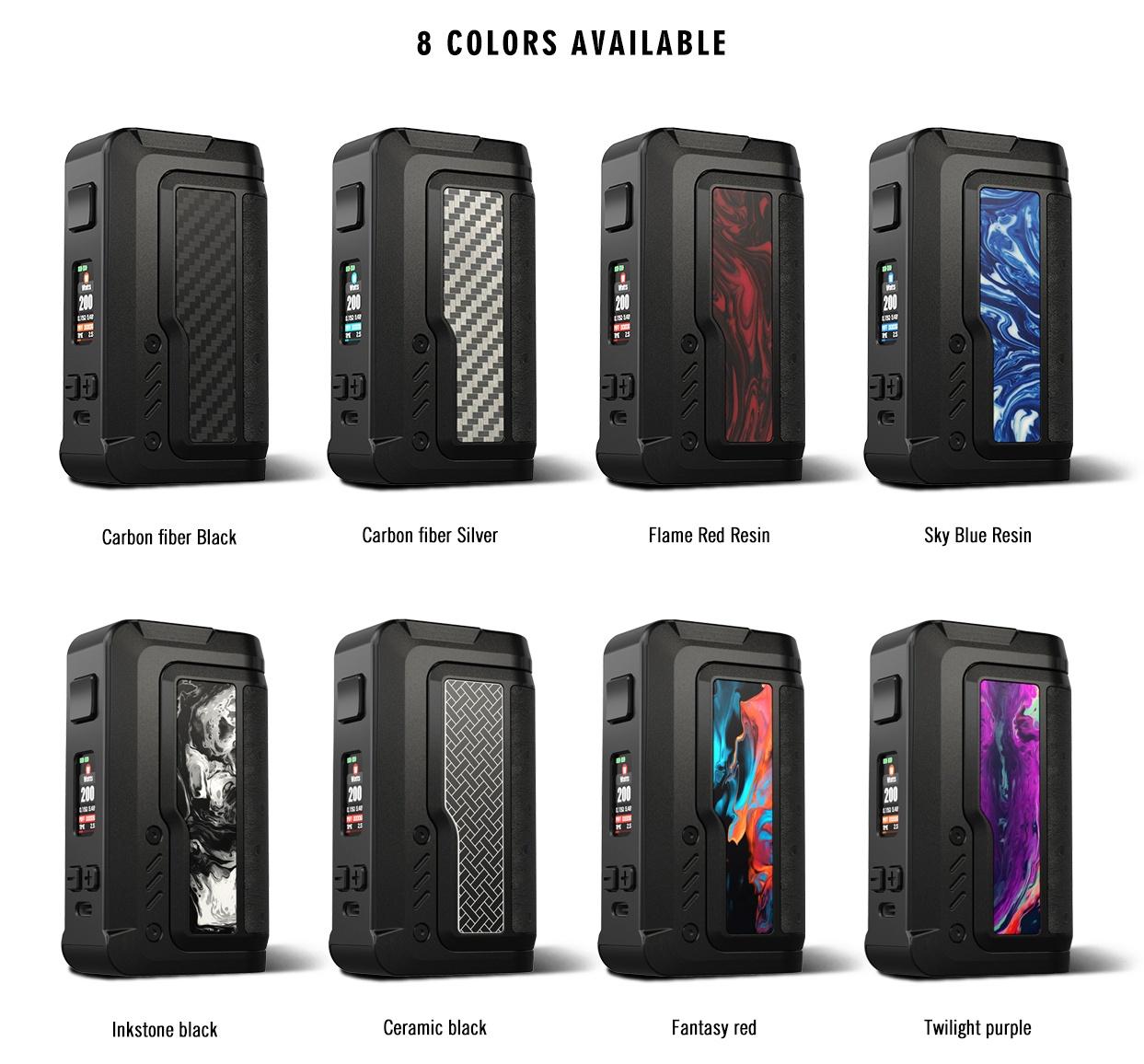 The GAUR-21 has Power/Bypass/Voltage/TC-Ni/TC-SS/TC-Ti Modes.

The operating amperage on this mod is <50 amperes (“amps”).

…that’s the review, folks, and, just wanna say, whatever device you’re vaping on is fine, as long as you aren’t SMOKING. 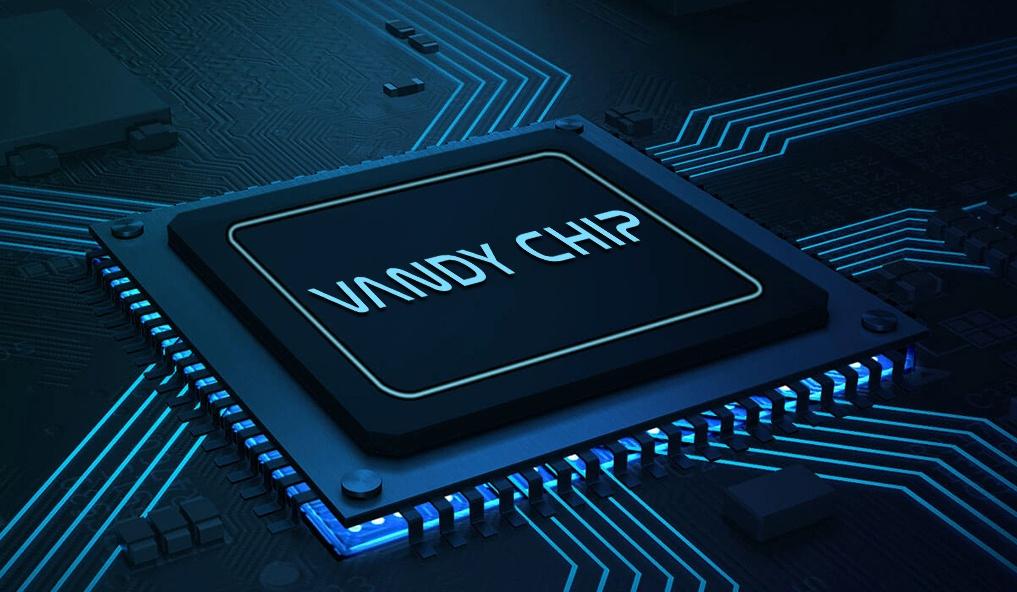