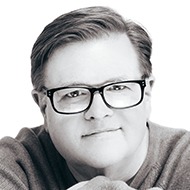 After the White House last week removed proposed nicotine tax language from the slimmed down Build Back Better reconciliation bill, the tax is now back. The tax is a clear violation of President Biden’s pledge not to raise taxes on anyone making less than $400,000 a year.

The proposed tax, which would astronomically increase the cost of low-risk nicotine products like vapes, was added back to the bill today by House Democrats.

Advocacy groups like CASAA and the American Vaping Association are urging vapers to take immediate action by calling and emailing their members of Congress today.

Here is the updated CASAA call to action

Congress has removed the increased cigarette tax from the bill, so the tax rate on nicotine is halved from the original proposal (because the nicotine tax is indexed to the tax on cigarettes)—but it is still big enough to destroy the independent vaping industry and send many vapers back to cigarettes.

BREAKING: a federal vapor tax has been added back into the Build Back Better plan, through a manager’s amendment (House Budget Chair, Rep. Yarmuth of Kentucky). pic.twitter.com/ithQZIZXpY

The bill will not raise the price of cigarettes at all.

President Biden is desperate to pass some version of this bill, which advances his promised social agenda. The bill has already been reduced from $3.5 trillion to $1.75 trillion to satisfy skeptical moderates, so Biden is unlikely to quibble if Congress delivers him a bill—even if it forces him to break his tax promise to a small group like vapers.

If the Build Back Better bill passes with the nicotine tax language, the law would establish a federal tax on vaping products for the first time: $50.33 per 1,810 milligrams of nicotine, or 2.8 cents/mg. It would essentially double or triple the price of most bottled e-liquid, and it would apply to both tobacco-derived and synthetic nicotine.