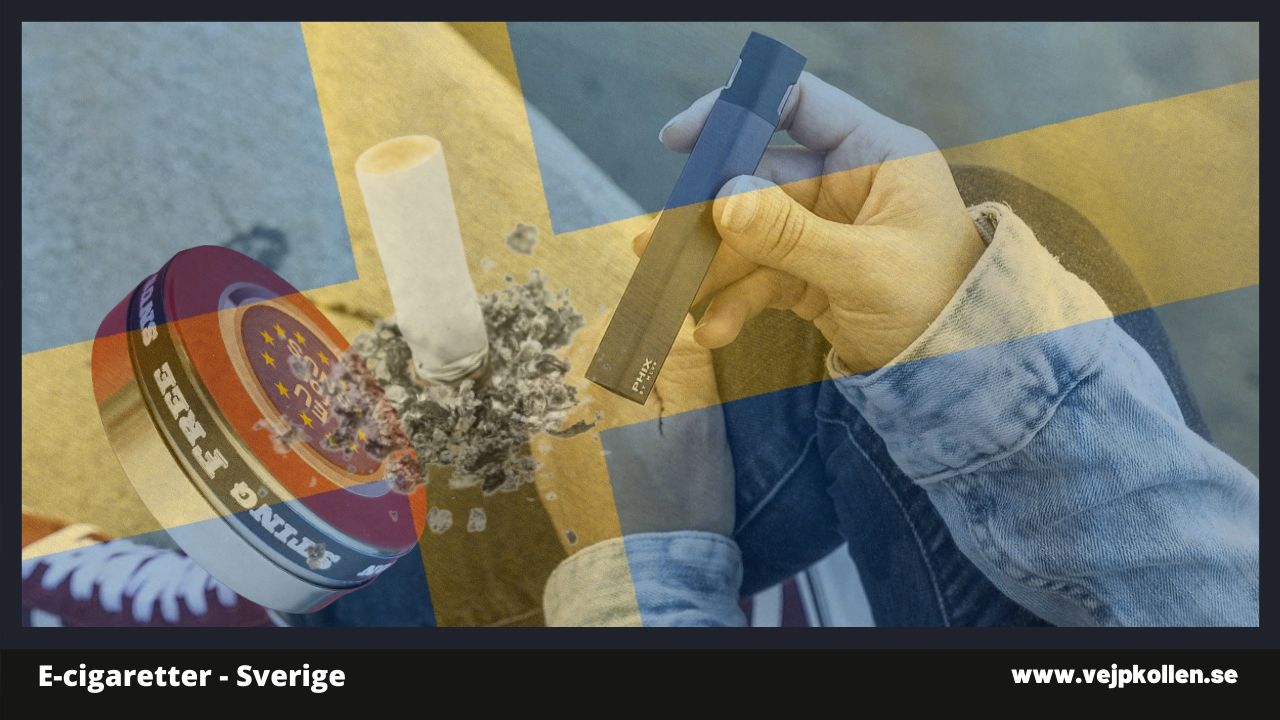 The Swedish Social Affairs Committee does not want to ban flavoring in e-cigarettes. This means that the proposition most likely won’t pass in parliament. Instead of banning e-cigarette flavors, the committee wants to make it a criminal offense for private citizens to lend or sell nicotine products to minors.
“This statement, from the committee, is a far better result than we hoped for. This would more effectively address the problem of under age vaping than a strict flavor ban would”. Says Karl-Åke Johansson, chairman of New Nicotine Alliance Sweden.

This is a translation of the original article in Vejpkollen.

No flavor ban for e-cigarettes or e-liquid. But new rules for nicotine pouches and a proposal criminalize private sales or lending of nicotine products to minors. That is the message from the Social Affairs Committee on the bill ”Stricter rules for new nicotine products”

“This marks a shift in Swedish tobacco policy” says Karl-Åke Johansson. “From a strategy of de-normalizing the use of everything containing nicotine, to a more outspoken harm reduction philosophy where e-cigarettes have a major role to play.”

Quite unexpectedly, things are looking bright for vapers in Sweden, according to Karl Åke Johansson.

“Normally parliament tends to vote according to the committee’s recommendation. But I am not completely at ease until the vote in the Riksdag is complete” he says.

The health politicians in the Social Affairs Committee have been working and negotiating on the government’s bill ”Stricter rules for new nicotine products” during several sessions this spring. Discussions have circulated around a new set of rules for nicotine pouches, but also flavors in e-cigarettes. The government had proposed a comprehensive flavor ban, only allowing ”tobacco” flavors on the market. Such a ban would have had major consequences for 150 000 users and all vape related companies in Sweden.

The result of the negotiations did not turn out as the government had hoped. Despite the fact that large parts of the bill where given the green light by the Social Affairs Committee (i.e. the rules for nicotine pouches), the committee opted to delete the section stating the  e-cigarettes and e-liquid should only be allowed to be sold with a distinct “tobacco” flavor.

“We want a harm reduction perspective embedded in our national tobacco policy. Limiting flavors in an alternative product, which can reduce the proportion of smokers, is not in line with this”. Says Johan Hultberg, representing the conservatives in the committee, to Swedish online vape magazine Vejpkollen.

The reasoning behind a flavor ban would be to prevent minors from using e-cigarettes. Still, the government’s own investigation noted that a variety of flavors also entice adult smokers to switch from cigarettes to e-cigarettes. Contrary to the government, this is something a majority of the Social Affairs Committee considered positive. Due to this, the Social Affairs Committee proposes to investigate other possibilities for reducing use among young people.

”The government should review the possibility of making it a criminal offense for individuals to transfer or sell tobacco and nicotine products to persons under the age of 18”. Writes the Social Affairs Committee in its report.

Regular use among youth is uncommon.

According to the Public Health Agency roughly 35 percent of the country’s high school students have ever tried an e-cigarette, but below 1 percent are regular users. At present, only shops and employees risk penalties when selling to minors. Karl-Åke Johansson and NNA Sweden believe that stricter legislation is a more effective way than a flavor ban to address this particular problem.

“To make private reselling and lending to minors an offense is a way of curbing, for example, the huge black market for illegally imported disposable e-cigarettes that has flourished in recent years. It is a business aimed exclusively at young people and minors. Of course, a flavor ban does not affect those who already sell on the black market. But if it becomes punishable it will have an impact ”says Karl-Åke Johansson.

He is also positive about the extensive regulations concerning nicotine pouches. Products that have become a popular alternative for smokers who try to quit.

“Nicotine pouches will be regulated like other nicotine products and fall under the same 18-year age limit and product control. Thats a good thing. Those who use nicotine pouches as a tool to stay off cigarettes can continue to do so in the future, but with more safety and good regulation.”

Still, Karl-Åke Johansson lacks more in-depth measures to address the market for e-cigarettes in Sweden. Several consultative bodies and stakeholders, including NNA Sweden, called for some form of licensing in order to sell e-cigarettes and e-liquid.

“It would open the door for a more serious discussion about vaping and smoking cessation in Sweden. The vape shops and their staff have vast knowledge of how a smoker can switch from smoking to vaping. With a license as a base, their business would gain more legitimacy and at the same time reduce the number of unscrupulous players in the market, ”says Karl-Åke Johansson.