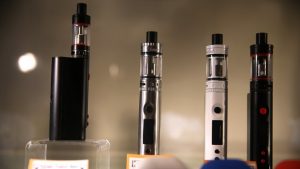 Legal challenges are mounting against the Food and Drug Administration’s move to regulate cigars and e-cigarettes, which for the first time would be treated just like traditional tobacco products under new rules.

As many as five lawsuits have been filed against the agency over the rules finalized in May, which require any product that hit store shelves after February 2007 to go through a costly approval process.

The Right to be Smoke-Free Coalition and nine other groups filed a complaint at the end of June against the FDA, FDA’s Commissioner of Food and Drugs Robert Califf and Secretary of Health and Human Services Sylvia Burwell.A federal district court judge in D.C. ordered the case to be consolidated with another lawsuit challenging the agency rules brought by Nicopure Labs LLC.

Like Nicopure, the groups, which include the American Vaping Association and the Electronic Vaping Coalition, argue that the FDA’s rule violates the First Amendment because it bans companies from passing out free samples, which it claims is a protected form of non-misleading speech.

The groups also claim it was “unlawful and unreasonable” under the Administrative Procedures Act for the FDA to include electronic nicotine delivery systems (ENDS) under the Tobacco Control Act’s definition of a “tobacco product.”

“FDA intends to regulate these products despite the fact that they do not contain tobacco, are not derived from tobacco, and are not components or parts of an actual tobacco product,” they said in court documents. “The agency offers no rationale based on the definition of ‘tobacco product’ or the legislative history indicating that such definition can be stretched so far as to capture these types of ENDS products merely because they are used to consume a tobacco product.”

Judge Amy Berman Jackson gave FDA until Aug. 16 to respond to the lawsuits and scheduled a hearing for Oct. 19.

In a separate lawsuit in the D.C. district court, Altria Group Inc. is fighting back against the rule’s ban on the use of words like “low,” “light” or “mild” on product labels for both cigars and e-cigarettes.

In its complaint, the company said the rule “terminates the iconic brand name on the bare supposition that the word ‘mild’ impermissibly communicates to consumers that Black & Mild products are safer than other cigars and pipe tobacco.”

“FDA cited no evidence that the Blake & Mild name conveys any message about the health risks of the products,” the company said in its complaint. “To the contrary, FDA ignored unrebutted evidence—including a study by a leading expert on consumer perception—that the name Black & Mild does not communicate anything about health, risk or safety.”

Lost Art Liquids LLC filed a lawsuit against the FDA in the U.S. District Court for the Central District of California. The California-based company claims the FDA failed to consider the impact its rule would have on small businesses in violation of the Regulatory Flexibility Act. (RFA).

“Rather than focus on the overall costs and benefits of a particular regulation, the RFA requires the agency to undertake an analysis that determines the impacts of the rule on small entities and then considers alternatives that reduce or minimize those impacts,” the company said in it’s complaint

Larry Faircloth, a Republican in the West Virginia House of Delegates and e-cigarette user, is also suing the agency over the rules.

In that suit, filed in the federal district court for the southern district of West Virginia in the beginning of June, Faircloth claims he used e-cigarettes and other vaping devices to quit smoking and will “likely return to the unhealthy habit of using tobacco products” as a result of the rule.

“By operation of the deeming rule limitation on the availability of vape and e-liquid products, plaintiff’s likely return to more dangerous tobacco products will result in health care costs to plaintiff of approximately $35 per pack of cigarettes according to the American Cancer Society,” his attorneys state in the complaint. “As plaintiff was a 2-pack per day smoker prior to use of vape products, and a conservative life expectancy of another 30 years, the effect of the defendants’ action is to increase plaintiff’s healthcare costs by an estimated $766,500.”

Faircloth’s complaint asks the court to toss out the FDA rule.

FDA Spokesman Michael Felberbaum said the agency does not comment on pending litigation.